Written by Rebecca Acree
Updated over a week ago

Post series allow you to organize posts into a sequence. While topics are useful for organizing posts, a series is more helpful when the order of the posts matters. Whether you’re onboarding new employees or outlining a debugging process, you can make sure your content will be read in the right order! 🙌

From within a post, you can jump to another post in the series by hovering over the purple series name in the top left and selecting a post from the drop-down menu that appears. 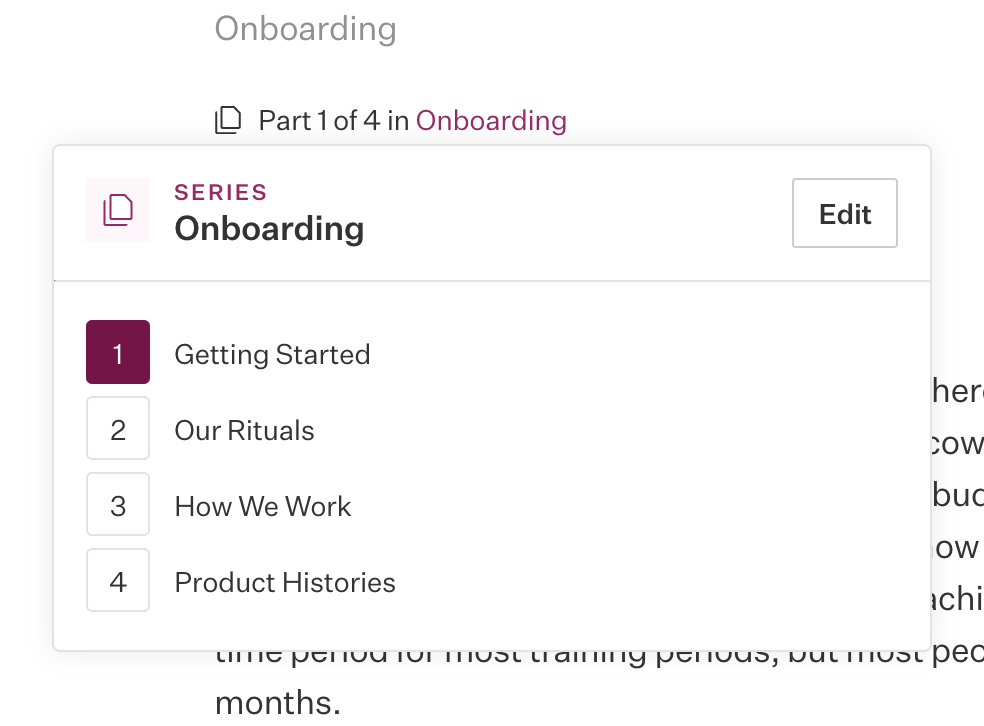 You access the same menu, or quickly jump to the next and previous posts in the series, at the bottom of the page!

Within a post, open the top-right menu and click Add to series. Name the series, and if you want to add other posts, click Add post. Note that only published posts can be added to series, and drafts cannot.

Adding to an existing series

You can always add new posts to an existing series. Within a post, open the top-right menu and click Add to series.

Select Existing series and start typing, or use the drop-down arrow to find the series you want. From there, you can add the new post as the latest entry in the series, or you can click and drag the posts to create a new order!

Note that if a post is already in a series, it can't be added to another series.

Editing or deleting a series

To edit or delete a series, open any of the posts in the series and hover over the purple series name in the top left-hand corner. In the menu that appears, click Edit.

From there, you can rename the series, reorder the posts, add posts, or delete the series.

Post series does not affect post permissions in anyway. Users can only see the posts they have access to already in a series. They won't see any placeholders for the other posts; it'll just look like there are fewer posts in the series.

Similarly, for public posts, only the ones you explicitly set to be public will be shown to a logged-out viewer. 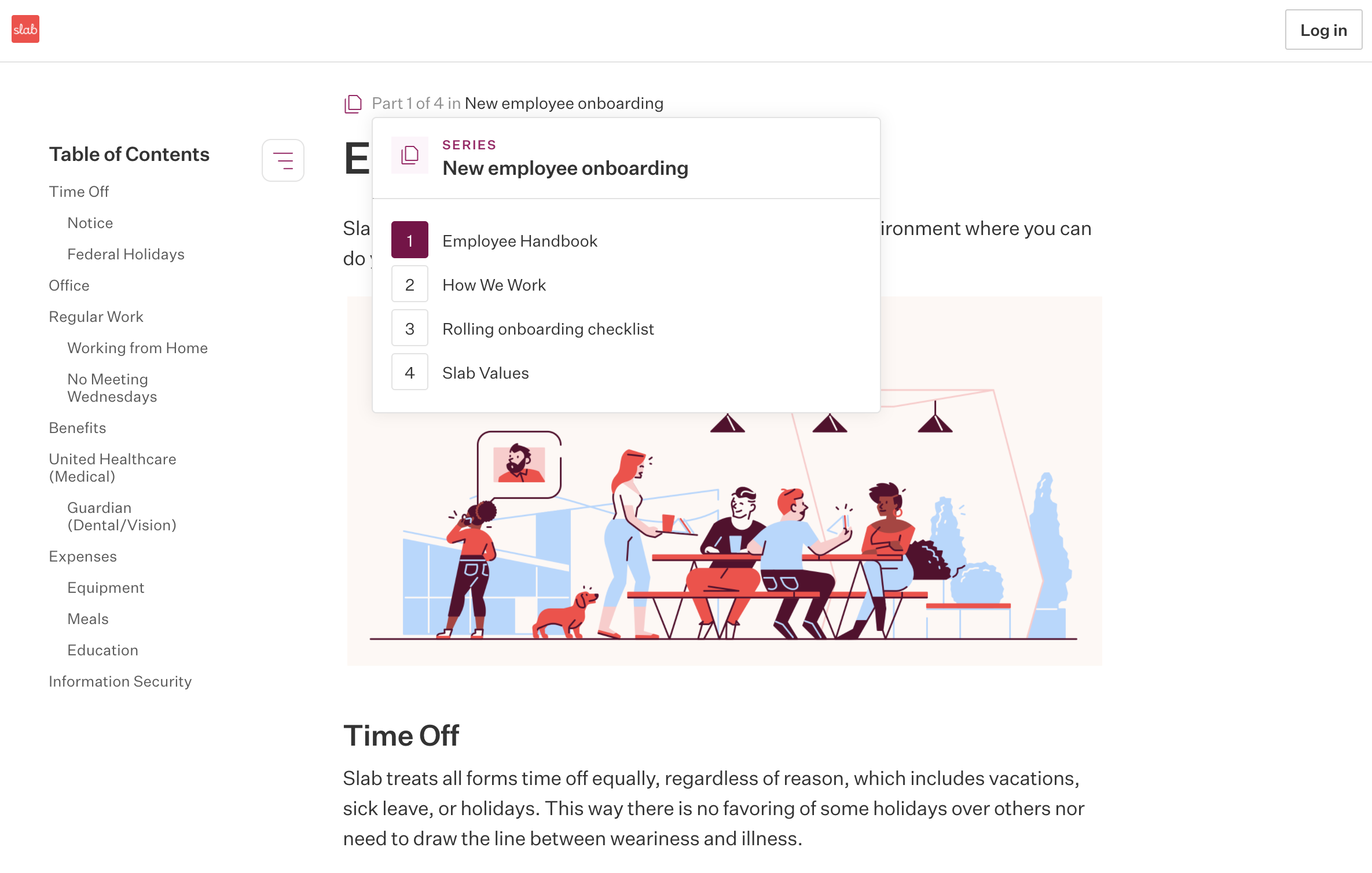 Anyone who can edit any post in a series can also edit or delete the series.

What kind of posts can be made into series?

Draft posts can't be in a series. If a previously published post is unpublished — making it a draft again — it'll be removed from the series automatically.

Did this answer your question?